10 basic facts about Kubernetes that you didn’t know

Kubernetes is a growing trend. In recent years, K8S technology has experienced a rapid rise from a small open source Google project to the main project of the Cloud Native Computing Foundation (CNCF).

Nowadays, many organizations and companies are using it to automate the management of containerized applications. But still there are a lot of questions around Kubernetes, in this article, I will try to answer the most popular ones.

Kubernetes is a cluster orchestration system. It was designed from the ground up to be an environment for building distributed applications from containers.

The main Kubernetes task is to build and manage distributed systems.
Kubernetes goal is to simplify the organization and scheduling of your application through the fleet. At a high level, this is the operating system for your cluster.

Basically, it allows you to not worry about which specific machines in the datacenter run components of your application.

Although you can perform many of these functions at the application level, such solutions are usually one-time and unreliable, it’s much better to have a separation of issues when the orchestration system is responsible for running the application, and you only think about your application code.

Why Kubernetes is Abbreviated k8s?

Have you ever wondered why Kubernetes called the K8S? Let’s figure it out together!

So-called numeronyms appeared in the late ’80s. There are a lot of different stories about how people actually started to use them.

But all of the stories are sharing the same idea that to simplify the communication people in IT companies started to use numeronym forms to shorten the words: taking the first and the last letter and between them putting a number of the rest letters.

How is Kubernetes different from Docker Swarm?

Docker Swarm was created by Docker Inc and grew up as an orchestrator for Docker. Kubernetes was originally made by Google for internal use (the Borg project), and now the whole Open Source world is working on it. Docker Swarm is a closed system.

Both are trying to solve the same problem – container orchestration on a large number of hosts. These are two fundamentally similar systems, there are still differences.

Kubernetes is developing much faster and occupies most of the market (Kubernetes 51% and Docker Swarm 11%).
Docker Swarm is less scalable, there is no built-in support for load balancing, which K8S has. In fact, Docker Swarm offers only one method of load balancing, which is based on opening a fixed port for each service on each server included in the cluster.
Unlike Docker Swarm, K8S offers a built-in implementation for both internal (East-West) and external load balancing (North-South). Internal balancing is provided by the Service object and allows you to reach from one application in a cluster to all the living instances of another application by referring to the Service object. The Service is an internal load balancer, that knows at each moment of time which of the backend of the application is alive and which does not work and sends requests only to live replicas.

External load balancing in Kubernetes is provided by the NodePort concept (opening a fixed port on the load balancer), as well as through the built-in LoadBalancer primitive, which can automatically create a load balancer in the cloud if Kubernetes works in a cloud environment, for example, AWS, Google Cloud, MS Azure, OpenStack, Hidora etc. Docker Swarm does not support Auto-Scaling. Neither auto-scaling containers, nor auto-scaling nodes.

Kubernetes supports all possible auto-scalers: vertical scaling due to Vertical Pod Autoscaler, horizontal auto-scaling applications (Horizontal Pod Autoscaler), as well as auto-scaling of the cluster itself (the number of nodes) based on the Cluster AutoScaler. Cluster Autoscaler only works if you run Kubernetes in the cloud.
Docker Swarm has difficulties with monitoring, you can monitor containers mostly only with the help of proprietary tools. Persistent storage for stateful applications is not natively supported in Docker Swarm. You need to work with network attached storage, which is not good for all types of workloads.

Docker Swarm only works with Docker containers. Whereas K8S can work with many container runtime options, such as Docker, Rocket, ContainerD, and others. This is very important because There is no dependency on specific docker features (some of them are available only in Docker EE).

Why do you need Container Orchestration?

Deploy applications to servers without worrying about specific servers.
You need container orchestrators when you have a microservice application consisting of several services, which consist of containers. And there is another part – the servers on which this application can run.

The container orchestrator performs many tasks. The first task is to initially place the containers of your application on the required number of servers, taking into account the load of the servers, in order to prevent the container from reaching the overloaded server, and also considering the memory and processor requirements for a particular container.

Scale the application horizontally up and down.
There is another scenario, when an application needs to be scaled horizontally, i.e. add more containers of the same type.

The container orchestrator performs the task of scaling up or down the applications taking into account the resources consumed on each target server, as well as the resource requirements of each application.

In this case, the orchestrator can support the so-called affinity & anfi-affinity principles. The last one allows us to guarantee that, for example, all containers of the same type will be launched guaranteed on different physical servers.

In fact, in K8S, this function is called “maintaining the right number of replicas”.

If suddenly there are less than 5 containers, Kubernetes will launch a new container to maintain the quantity. This is important for processing the application and predicting the load.

K8S also monitors the state of the servers on which the application is running, and if the server is dead, it will reschedule all its containers on other servers.

How K8S is compared to OpenStack?

These are two different systems, both of which are Open Source systems, developed by the community. The difference is that Kubernetes was originally developed by Google for a long time under the name Borg and during this time it became a stable service, even the first version was rich in functionality and fairly stable.

OpenStack was developed almost from scratch by the community and OpenStack is very much fragmented.

Both the community and about 30 different companies make their own versions. K8S is more like Apple, and OpenStack is more like Android.

Overhead costs and time-to-market for running Kubernetes in production is much lower than with OpenStack.

At the same time, OpenStack manages virtual machines, for example, KVM, Kubernetes can run on top of OpenStack and this is a typical scenario for cloud providers.

Is Kubernetes only for stateless applications?

It was originally made for stateless apps and support for stateful applications was very limited and unreliable.

Therefore, you can safely place databases or persistent message queues in Kubernetes.

Can I use it for Hybrid Cloud Deployment? Multi-Cloud?

Initially, K8S supported only deploy in one datacenter and work in a hybrid mode was not available.

After that, the Kubernetes Federation was developed, which allowed organizing a hybrid scenario when there are several Kubernetes clusters in different datacenters that are controlled from one control panel.

In fact, one of the clusters becomes the main federated cluster and the hybrid cloud control panel is installed on it. With it, you can manage deployments in several clusters that are far from each other.

But it is also possible in the multi-cloud scenario. Suppose you have one on-premise cluster, one cluster on Amazon, another on Google Cloud, this will all be supported.

In the case of several cloud providers, you do not have to adapt the application to work at once with several remote clusters that work in Google, Amazon, because the Kubernetes will correctly interpret annotations in their resources for each cloud.

Do I need to manage an external Load Balancer to run my applications in Kubernetes?

In the case of Docker Swarm, it was necessary to manage an external load balancer in order to balance the load.

What is the difference between pod and container?

The problem is that people who come from the Docker world only work with containers.

They are trying to transfer the knowledge they gained when using Docker Swarm and containers to work with Kubernetes. But it doesn’t work this way. In Kubernetes, the control unit is the pod, not the container.

A pod is a group of one or more containers that perform the same function, i.e. This is a component of a single application. Kubernetes manages pods, scales and monitors their condition. The application in Kubernetes is scaled by the number of pods, but not containers.

In one pod most often there is 1 container, but there may be several of them and this set of containers is rigidly fixed. Inside pod containers do not scale in any way and this should be considered when designing applications.

How does Kubernetes simplify containerized Deployment?

Several advantages that Kubernetes gives out of the box: 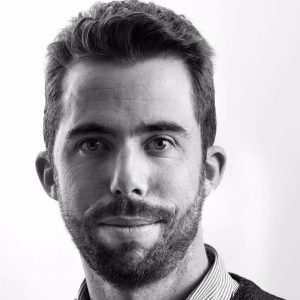 Matthieu Robin is CEO at Hidora, an experienced strategic leader, a former system administrator who had managed and configured more environments manually than anyone on the planet and after understanding that it could be done in several clicks established Hidora SA. He regularly speaks at conferences and helps companies to optimize business processes using DevOps. Follow him on Twitter @matthieurobin.